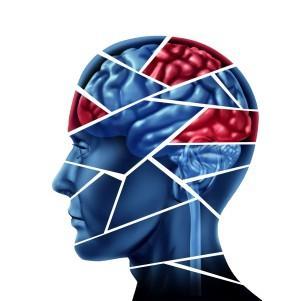 New research suggests that seniors who suffer a concussion or traumatic brain injury are at an increased risk to develop dementia or other mental difficulties later in life.

Traumatic brain injuries can occur in a lot of different ways, from contact during athletic activity or in the wake of a car accident, but for seniors, oftentimes falls are the biggest cause of head injury. You might think that concussions are a young man’s injury, but research shows that 66 percent of people admitted to the hospital for a traumatic brain injury are over the age of 55, and the highest rate of patients with TBIs are those over the age of 75.

Because traumatic brain injuries are a real danger for older individuals, researchers wanted to take a closer look at how the brain is affected by trauma at that stage of life. To get a better understanding, researchers examined medical records of more than 164,000 patients over the age of 55. Some of the patients had suffered a traumatic brain injury, while others were classified as having non-TBI trauma (NTT). Follow ups were conducted at five years and seven years post-initial exam.

“I hope that these results will highlight the critical importance of preventing falls in older adults,” said first author Raquel C. Gardner. “Fall prevention will not only prevent bodily injury, but may even help prevent dementia.”

Although researchers couldn’t pinpoint exactly why a TBI may trigger the onset of dementia, the team had some theories about the correlation.

“Given the relatively short duration of follow-up in this study (five to seven years), we are unable to comment on a possible role of TBI in triggering a de novo neurodegenerative cascade, but our results could theoretically lend support to either of the other two proposed theories,” the researchers wrote. “Whether a person with TBI recovers cognitively or develops dementia, however, is likely dependent on multiple additional risk and protective factors, ranging from genetics and medical comorbidities to environmental exposures and specific characteristics of the TBI itself.”

In the end, the findings from the study are important for a number of reasons. First, it allows doctors and medical experts to understand what to keep an eye out for after a traumatic brain injury. Knowing that dementia risk is increased after a TBI will allow doctors to better watch for signs and provide more comprehensive treatment strategies. Secondly, this study opens the door to learn more about why dementia risk is increased. The more we learn about the changes in the brain, the better we can prevent and treat the condition during its earliest stages to help lessen the risk.