The Signs and Symptoms Of A Stroke

David Chang, MD-PhD, DABNS Blog The Signs and Symptoms Of A Stroke 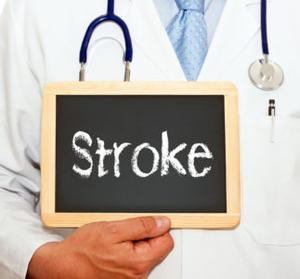 Strokes are the fifth leading cause of death in the United States, so while they are clearly a very serious condition, statistics suggest that up to 80 percent of strokes are preventable. So how can you prevent a stroke, what are the signs of a stroke, and how are they treated? We answer all those questions in today’s blog.

Strokes occur when there is an interruption of the blow flow to the brain. Sometimes a stroke is preceded by what is known as a transient ischemic attack (TIA), or a “mini stroke.” These involve the presence of minor issues suggestive of a stroke, but the symptoms typically disappear after a few hours. However, if you suspect you or someone you know has suffered a TIA, head to an emergency center because a full blown stroke could be on the way.

Strokes are typically classified into one of two groups. There are strokes caused by blockages and there are strokes caused by bleeding. Strokes that are caused by a blockage are called an ischemic stroke, and they occur when a clot gets stuck in an artery within the brain’s blood supply. This restricts oxygen and nutrients to the brain. This is by far the most common type of stoke, as the American Stroke Association says about 87 percent of strokes are of the ischemic variety.

A stroke caused by bleeding is rarer, and they can occur for a couple of different reasons. The two main reasons are due to a ruptured aneurysm (broken blood vessel) and severe trauma like what might be sustained during an automobile accident. Brain bleeding leads to swelling, and since there is only so much room to expand in the skull, compression of the brain can cause oxygen loss and motor movement difficulty.

Symptoms of a stroke include:

Time is critical when it comes to minimizing the effects of a stroke. According to the American Stroke Association, it is ideal to get the stroke patient to the hospital within three hours of the stroke. If the medical team believes you may be suffering from a stroke, they will put you through imaging testing to view the clot or bleeding site so that they can develop a plan to address the problem.

If clot dissolving medications won’t work, doctors may have to perform surgery to manually remove the clot. Once this is done, they may also perform other procedures to ensure that another clot doesn’t form. These procedures may include a carotid endarterectomy (arterial plague removal) or an angioplasty or stent (enlarging of the narrowed artery). If bleeding is causing the stroke, procedures may include intracranial bypass, coiling, stereotactic radiosurgery or surgical clipping.

Your surgeon can walk you or your family through your specific operation, and how to best recover after surgery.