The Effects Of Traumatic Brain Injuries In Children 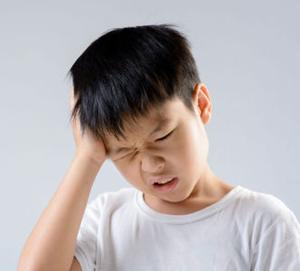 The effects of a traumatic brain injury can be devastating, but they can be even more problematic when the occur in children whose brains are still developing as they grow. According to the Centers for Disease Control and Prevention, roughly 250,000 children and adolescents aged 19 and under suffer a TBI each year during sports, and that total number only gets higher when you add in things like car accidents and falls. Estimates suggest than more than 500,000 kids visit the emergency department each year as a result of a TBI.

So how do these head injuries affect growing children? That’s what a recent study by researchers at the Cincinati Children’s Hospital Medical Center attempted to learn.

For the study, researchers looked at the impact of TBIs on children for an average of seven years after the traumatic event. Here’s what they found:

However, researchers also came across some interesting findings in terms of mitigating that risk. According to the scientists, children with severe TBI expressed fewer attention issues if they grow up in optimal family environments, and conversely, children with mild injuries displayed persistent symptoms more often if they were raised in a socially disadvantaged family.

This led researchers to conclude that family is crucial for achieving long-term positive health outcomes after a TBI. They said effective parenting plays a much bigger role than originally thought in helping your children recover after a traumatic brain injury.

Researchers hope to conduct future studies to learn if other areas of life can positively or negatively impact recovery after a traumatic brain injury. Their next focus will be on the impact of aerobic exercise on brain function after a TBI. We’ll keep an eye out for that study.