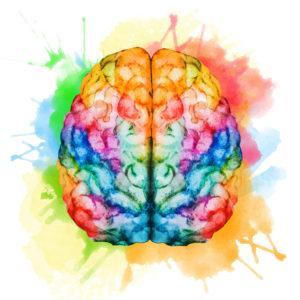 A subdural hematoma is a condition where blood collects outside the brain. This pooling of blood is typically caused by severe head trauma, and left untreated, the building pressure can compress the brain and have life-threating effects. Today, we take a closer look at why subdural hematomas develop, the symptoms associated with them, and how they are treated.

When a subdural hematoma occurs, blood collects between different layers of tissue that surround the brain. The outermost later is called the dura, so by nature a subdural hematoma develops below this layer. The bleeding occurs under the skull but outside the brain itself, and it can exert pressure on the brain.

As we mentioned above, a subdural hematoma is typically caused by severe trauma. Some of the more common causes of the injury include:

If you are experiencing any of the following symptoms after a head injury, you should seek medical attention immediately. Some of the symptoms of a subdural hematoma include: Loss of conciousness, confusion, change in behavior, dizziness, seizures, nausea, vomiting, drowsiness, or changes in normal behavior. Symptoms may vary greatly depending on the rate of brain bleeding, so symptoms may appear with minutes, hours, days or weeks.

Diagnosis and Treatment of Subdural Hematoma

Since we are unable to view internal bleeding during a routine physical exam, a person who experiences a traumatic brain injury will likely be ordered to receive imaging tests. These are usually performed with either an MRI or a CT scan. These tests will produced images of the internal head structures and allow surgeons to search for any swelling, bleeding or compression. Imaging tests have helped to expedite the diagnosis of subdural hematomas, which is crucial in severe cases where surgery needs to be performed right away.

Treating a subdural hematoma depends on the severity of the injury. In the most mild of cases, treatment may simply include monitoring the bleeding and letting the body heal and decompress the area on its own. This process is known as “watchful waiting.” You will undergo a series of CT scans or MRIs over the course of your stay to help determine if the bleeding is getting better or worse.

However, if the injury is more severe, surgery may be necessary. Some of the more common operations to address a subdural hematoma include:

Burr Hole Trephination – A small hole is drilled in the skulled over the hometoma and the pooled blood is suctioned out.

Craniectomy – A portion of the skull is removed for an extended period of time to let the injured brain swell as needed.

Surgical outcomes depend on the severity of the trauma, the amount of bleeding and pressure, how quickly surgery is performed and the skill of the surgical team. Hopefully you never need to receive care for a subdural hematoma, but the surgical team at Midwest Spine & Brain Institute is ready if you do.