Neurosurgery and the July Effect 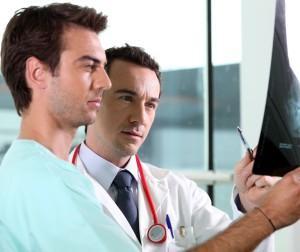 Mistakes are a part of life, but nobody wants a mistake to happen in the operating room. Unfortunately, despite everyone’s best efforts, slip ups still occur during surgery. Experienced surgeons know what to look for and how to manage their team to best prevent surgical errors, but experienced surgeons also make the best teachers, so they likely have a few surgical members on their team that don’t yet have decades of operations under their belts.

Medical experts have long studied the best surgical procedures, operative units and care guidelines, and one of more interesting theories to come out of these studies is the proposed “July Effect.” If you work in the medical field, you’ve probably heard the term before, but for those of your unacquainted with the phrase, the July Effect is a theory that mortality rates and surgical complications see a slight uptick in July, the month during which fourth year medical students become interns and residents advance to higher levels of training, which brings its own new set of responsibilities and challenges. Recently, researchers decided to see if the July Effect applied to the field of neurosurgery.

For their study, researchers from Columbia University, New York University and the University of Pittsburgh looked at data from neurological procedures between 2006 and 2012. They examined more than 16,000 cases from academic medical centers where residents were part of the surgical team and more than 20,500 cases from community-based hospitals where residents weren’t involved. The cases studied involved one of four types of operations: spine surgery, cranial surgery, open vascular surgery and subarachnoid homorrhage surgery. Researchers also tracked 30-day patient mortality, morbidity and a host of other postoperative outcomes.

After massing all the data and looking at the results, researchers uncovered:

In the end, although the July transition period is “fraught with clinical challenges, [there is] no clear evidence for an increase in rates of morbidity or mortality during this transition period,” researchers wrote. “If there is a July Effect, the effect size is probably too small to detect.”

“With the emphasis on quality of care in current U.S. healthcare reform, our findings are reassuring,” said Taylor, “as it appears that neurosurgical training programs are providing residents with excellent clinical and surgical education without compromising patient care.”