How Your Diet Can Affect Your Brain Health

David Chang, MD-PhD, DABNS Blog How Your Diet Can Affect Your Brain Health 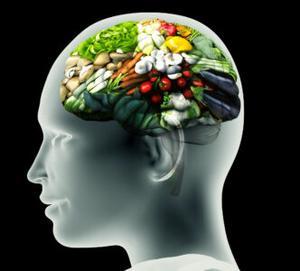 Everyone wants to stay mentally fit as they age, but what’s the best way to do that? Is it by challenging yourself with the New York Times’ crossword puzzle on a daily basis, or by getting regular exercise? While mental stimulation and physical activity are both great ways of staying mentally fit, according to a new study, so too is our diet.

According to researchers at University College Cork, our bodies go through a number of physiological and psychological changes as we age, one of which is that the bacteria in stomach changes as we get older. The study suggests that this change in gut bacteria in middle-age could kickstart a process that plays a role in cognitive decline later in life. However, if we’re cognizant of our diets and what we put in our bodies, we may be able to help facilitate the growth of healthy gut bacteria that can contribute to healthy brain aging.

“The community of microbes in the gut changes with aging,” says John Cryan, from APC Microbiome Ireland and lead researcher on the study. “Many studies in aging focus on very old animals and this may be too late to reverse the age-associated changes. We chose middle age in the hope that we could promote healthy aging.”

Brain Health As We Age

Instead of focusing on how what we digest impacts our gut bacteria, researchers placed their focus on prebiotics – the non-digestible compounds in our food that stimulate bacteria growth. The focus of this study was on the prebiotic inulin, a fibrous carbohydrate found in countless plants including wheat, bananas and garlic. Inulin cannot be broken down by the stomach during normal digestion, so gut bacteria feed on it, which leads to the growth of healthy intestinal bacteria.

“We wanted to see whether an inulin enriched diet that can modulate the composition of the microbes in the gut could also improve brain health and wellbeing,” said Cryan.

For the study, researchers provided different diets to two groups of mice. Not only were the mice who were fed inulin-based diets able to produce more healthy gut bacteria than the control group, but they also showed improved brain health. Mice in the inulin group displayed improvements in cognitive tests and a reduction in anxiety compared to the control group.

“Our research shows that a diet supplemented with prebiotics reversed microglia activation in the middle-aged mouse brain towards young adult levels,” said Marcus Boheme, first author on the study. “Moreover, this reversing effect was observed in a key region of the brain which regulates learning and memory, the hippocampus. Microglia are the major immune cells in the brain and have shown to be a key player in neuropsychological and neurodegenerative conditions. Moreover, microglia play a crucial role in brain plasticity and cognition.”

While further research needs to be performed and there’s no evidence the same effects are seen in humans, the results are intriguing. Not only are our diets important for helping maintain a healthy weight as we age, but it may also play a key role in preventing cognitive decline!