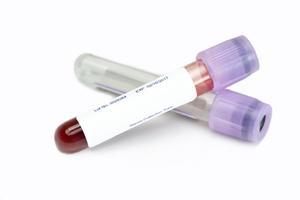 Head injuries are individualized and complex, which is why they can be so difficult to diagnose. Previously, neurosurgeons have relied on physical exams and imaging tests like CT scans to help diagnose traumatic brain injuries, but a new identification technique has arrived. Instead, of imaging the brain, medical experts say they may now be able to diagnose TBIs with a simple blood test.

Researchers believe the blood test may help to provide a definitive diagnosis of whether or not someone is dealing with a TBI. In the past, doctors would listen to symptoms provided by a patient and then order an imaging test, but some athletes who wanted to return to the field could minimize their symptoms, and a patient can’t just easily get a CT scan or MRI. However, the new diagnostic technique provides an objective indicator of a head injury and can be obtained quickly and easily, even in busy emergency departments.

The blood test is known as the Banyan Brain Trauma Indicator, and it tests certain biomarkers in the blood for signs of head trauma. To develop the test, researchers took blood samples of nearly 2,000 individuals who reported a head injury at 22 emergency departments in the US and in Europe. CT scans were also taken, and researchers began looking for biomarkers in the blood samples of the patients with confirmed head injuries like brain bruising or bleeding.

Researchers honed in on two brain proteins that show up in bloodstream soon after a blow to the head. The test simply looks for the presence of these two proteins, and if they aren’t there, it’s highly unlikely that a traumatic brain injury exists, which means a CT scan can be avoided. However, if the test is positive, a brain injury could exist, and a CT scan should be ordered to further assess the damage and chart a course for treatment.

Other benefits of the blood test include:

The test gained approval from the FDA earlier this year and is currently approved for individuals 18 years and older. It is effective for up to 12 hours following an injury, and the two proteins it looks for are UCH-L1 and GFAP. These two proteins are unique because they don’t enter the bloodstream when someone receives a blow to other body parts, like the shoulder or leg.

This is a wonderful and seemingly effective test, and hopefully it becomes more widely adopted. For all your head injury questions or concerns, reach out to Dr. Chang today.