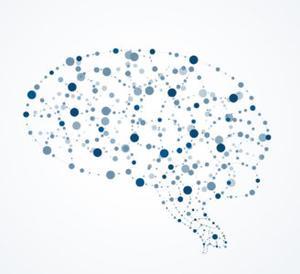 Tumors that develop in the brain are oftentimes the most difficult to treat because the brain is such a complex and delicate organ. Successful treatment of a brain tumor relies on a number of different factors, including the size, location, the health of the patient and whether or not the tumor is cancerous.

However, there are some brain tumors that are almost impossible to treat, but that doesn’t mean researchers aren’t hard at work looking to find a cure. According to a recent report, researchers at Northwestern University may be on to something.

According to Northwestern University, researchers have uncovered a molecule that has the potential to save a number of children each year who are diagnosed with a rare and deadly form of brain tumor.

Researchers stated that they have found a molecule that can kill an aggressive pediatric brain stem tumor known as diffuse intrinsic pontine glioma, or DIPG. Roughly 300 children under the age of 10 are diagnosed with DIPG every year, and unfortunately, it is always fatal.

“This tumor kills every single kid who gets DIPG within one year,” Andrea Plunti, a postdoctoral fellow at Northwestern University Feinberg School of Medicine and first author of the study. “No one survives.”

The description of the findings are a little science heavy, but here’s the basics. When this tumor forms, proteins attach at an area of the brain that results in the conversion of one amino acid to another, which results in serious problems and eventually death. The introduction of this molecule has shown early promise to prevent proteins from attaching at the problemed area of the brain, and in turn the amino acid transformation does not take place.

“To the best of our knowledge, this is the most effective molecule so far in treating this tumor,” said Ali Shilatifard, the Robert Francis Furchgott Professor of Biochemistry and Pediatrics, the chair of biochemistry and molecular genetics at Feinberg and senior author of the study. “Every other therapy that has been tried so far has failed.”

The team identified the protein problem during previous research with fruit flies, and realized that targeting the amino acid conversion may be a successful treatment avenue.

So while the research is fascinating, the molecule is not yet approved for use on humans. A similar set of molecules is being tested in children with pediatric leukemia, and the results of the study could eventually influence how the molecule may be granted a similar approval for clinical trials for patients with DIPG.