1 in 5 Teens Has Suffered A Concussion 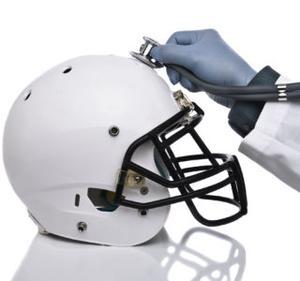 Concussions and traumatic brain injuries have come under the national spotlight in recent years, and for good reason. We’re learning more about how concussions and head trauma affect our brain not just in the short term, but for the rest of our lives. More importantly, we’re learning how concussions during our youth can change the way our brain develops, which can impact our cognition and thought processes. This is especially important considering the new findings on concussions in youth sports.

The data echoes similar findings to previous research out of Canada, which suggested that 20 percent of Canadian teens had suffered at least one concussion in their lifetime. To collect the most recent data, researchers added a question to the 2016 Monitoring The Future Survey, which is a large in-school survey given to students in grades 8, 10 and 12. Students were asked if they had ever suffered a concussion during athletic activity, and they were allowed to answer “No,” “Yes, once” or “Yes, more than once.”

Researchers also issued some stark findings in their conclusions. Not surprisingly, they noted that participating in sports was one of the leading causes of concussions among adolescents, but what was surprising is that the number of head injuries in sports rarely comes close to the number of concussions reported by emergency departments, suggesting that teens may not always be speaking up about their head injuries or getting the help they need after an injury.

We need to keep focusing on concussion management and helping the brain heal after head injuries, because reports suggest that more kids are playing sports than ever before. Concussions are going to continue to happen, so we need to get better at diagnosing them, treating them and preventing them from happening in the first place.